(My apologies for the gap in devotions - we had a death in the congregation and a number of pastoral issues to get sorted out as our country prepares to go into lockdown over the Covid19 pandemic.)

There are a number of emails circulating that talk about the fires in Australia, the recent locust swarms in North Africa, the earthquakes that have been taking place and now the Covid19 pandemic. They tie these up with various Biblical texts to argue that we are in "the end times".

Some clear thinking is needed here.

In Matthew 24 Jesus talks about "the end". It's a difficult passage that is best understood when we understand that Jesus was talking about two things:

So, to be Biblically correct, the end-times began when Jesus ascended into heaven and the church was born. Since Jesus' first coming and the conception of the church, history is pregnant and in labour.

Throughout history, on a global and sometimes in a corner of the earth, natural disasters, persecution and war have had God's people asking "Is this the end?" The responsible Biblical interpretation is: "This feels like a labour pain - it may lead to the birth or it may pass."

During the severe persecution of Christians in Rome, God have John the Revelation. This letter comforted the church in Rome. The symbols in the book made perfect sense to them. The beasts were Caesar and the Emperor cult. The mark of the beast on hands and forhead were that they had to burn incense (with their hands) and bow down (their heads) to the statue of Caesar and if they didn't they were excluded from society socially and economically or put to death. All the symbols in Revelation make sense in the context of the Roman persecution of Christians.

But Revelation has also been of great comfort to the persecuted church over the ages. It was a comfort to Martin Luther and John Calvin who were persecuted in the Reformation, it was a comfort to the faithful church in Nazi Germany who saw the beasts as Hitler and the Gestapo. The persecuted church behind the "Iron" and "Bamboo" curtains and the church in North Africa currently under intense persecution all find great comfort in the book of Revelation. This is because the symbols in the book and its message of Christ's triumph make sense every time there is a labour pain in history.
Even the passages about of the "Day of the Lord" in the Old Testament are best understood in this way. They often point to an actual event in history that has already taken place, but point through that event to the ultimate event. There's labour pains and then there's the birth.

So, our earthquakes, fires, locusts and Covid19 outbreak are part of the birth-pains. They may even be the labour pain that results in the second coming, but we don't know. 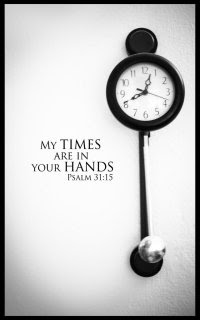 What should we do?
Some Christians withdraw and retreat into a "rapture theology" (that Jesus is going to come and take the Christians away while the final chaos unfolds). This idea has been popularised in novels and movies but it is not Biblical (and I'll deal with this another time).

In Revelation Jesus writes letters to seven churches in Asia Minor (symbolising the church in the world). At the end of each letter He says: "To them that overcome/endure/persevere..."

This summarises our task: To keep the faith. To persevere. To be the Church. To love and serve.
"Are we in the 'end times'?"

Yes, we have been in the end times for nearly 2000 years.

"Is this a labour pain?"
It looks that way, but God has promised to be with us!